Directional selection can drive the evolution of modularity in complex traits 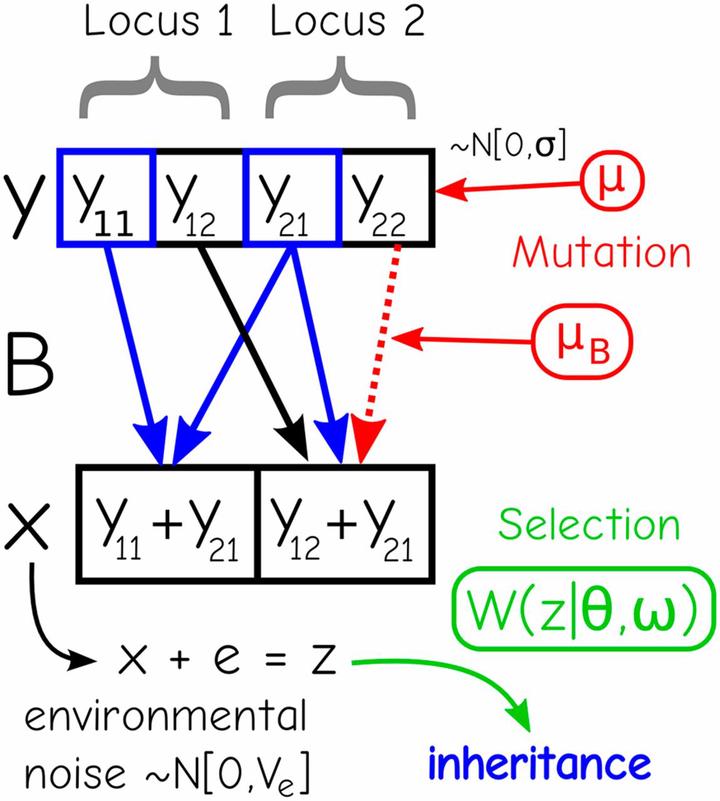 Modularity is a central concept in modern biology, providing a powerful framework for the study of living organisms on many organizational levels. Two central and related questions can be posed in regard to modularity: How does modularity appear in the first place, and what forces are responsible for keeping and/or changing modular patterns? We approached these questions using a quantitative genetics simulation framework, building on previous results obtained with bivariate systems and extending them to multivariate systems. We developed an individual-based model capable of simulating many traits controlled by many loci with variable pleiotropic relations between them, expressed in populations subject to mutation, recombination, drift, and selection. We used this model to study the problem of the emergence of modularity, and hereby show that drift and stabilizing selection are inefficient at creating modular variational structures. We also demonstrate that directional selection can have marked effects on the modular structure between traits, actively promoting a restructuring of genetic variation in the selected population and potentially facilitating the response to selection. Furthermore, we give examples of complex covariation created by simple regimes of combined directional and stabilizing selection and show that stabilizing selection is important in the maintenance of established covariation patterns. Our results are in full agreement with previous results for two-trait systems and further extend them to include scenarios of greater complexity. Finally, we discuss the evolutionary consequences of modular patterns being molded by directional selection.

A more flexible julia implementation of the model used in this paper can be found here.